Three members of the Harvard Business School MBA Class of 2016 — Abdulaziz “Aziz” Albahar, Sara Gentile, and Needham Hurst — have been named recipients of the School’s prestigious Dean’s Award. They will be recognized by HBS Dean Nitin Nohria at Commencement ceremonies on the HBS campus on Thursday, May 26.

Established in 1997, this annual award celebrates the extraordinary achievements of a graduating student or students who have made a positive impact on Harvard University, Harvard Business School, and/or broader communities. True to the MBA Program’s mission of educating leaders who make a difference in the world, each recipient has also contributed to the well-being of society through exceptional acts of leadership. Nominations come from the entire HBS community. A selection committee comprising faculty, administrators, and students then makes recommendations to the Dean, who makes the final decision.

“By their actions in a variety of settings, these Dean’s Award winners have had a wide and lasting impact on their fellow classmates and on the community more broadly,” said Dean Nohria. “We have benefited from their accomplishments and are grateful to them for their passion for helping others both on this campus and beyond. They have contributed greatly to making the Harvard MBA experience — today and in the future — truly transformational.”

To learn more about the winners, please see the profiles below: 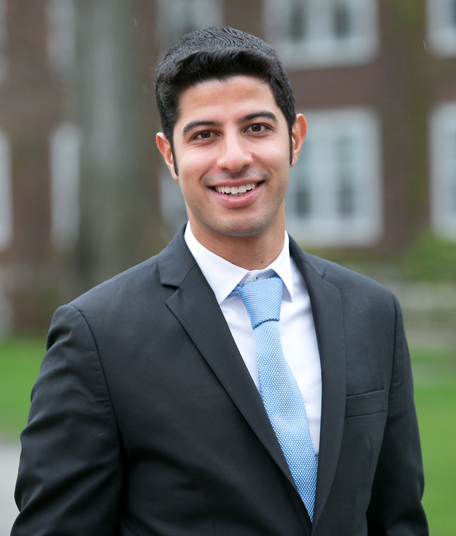 Aziz Albahar has been described by his peers as a funny, kind, and friendly community builder at Harvard Business School, someone who held both formal and informal leadership roles and who took the initiative to improve the experiences of others.

Aziz set the tone for the Class of 2016 early on by hosting an open, informal social event during Admitted Students’ Weekend. As one classmate put it, “Aziz was forming a community before deposits were even paid.” He also organized a trip to Greece before school began by extending an invitation to everyone in the class via Facebook. Twenty-two students, strangers at that time, decided to participate, and after two years these students still consider one another close friends.

Once at HBS, Aziz’s community-building efforts continued. For example, he was a major force behind section retreats. He single-handedly dealt with any problems that arose so that others could enjoy the retreats, and he took it upon himself to do whatever was necessary to make people feel valued and comfortable. He would take the initiative, for instance, to informally inquire about everyone’s dietary needs and preferences and ensure that those were met during group meals.

He also volunteered to play an integral part in arranging the Required Curriculum ski trip, in which 450 first-year students participated. Another organizer of the trip explained that Aziz’s leadership was “pivotal” in making the event happen, since there were so many logistical components to manage, from flights to insurance policies. Aziz also made the most of his friendly personality at campus-wide community events. Among other things, he organized the first HBS Comedy Night, a stand-up comedy show whose entire proceeds contributed thousands of dollars to cancer research.

Aziz was passionate about issues pertaining to his home region of the Middle East. He was co-president of the Middle East/North Africa Club, where he organized a social event that raised $7,000 for Syrian refugees. He was also co-chair of the Economic Prosperity for Peace Conference, aiming to foster Israeli-Palestinian peace through business cooperation.

Aziz organized and hosted the 2016 trek to the Persian Gulf. During that trip, he took a group of more than twenty MBA students to several different cities in Saudi Arabia, Oman, UAE, and Kuwait to promote understanding of the region. Before the trek, he met with participants individually to discuss any personal concerns they may have had about the trip. In addition, he reached out to business and political leaders in the region to make connections and set up meetings between them and the students. He also paid attention to a host of logistical details and focused on everyone else’s safety and comfort. As a special treat, his family hosted the group at their home in Kuwait for an evening.

“Aziz is very involved in Middle Eastern topics,” one classmate stated, “and peers are impressed with his contributions to positive, impactful, and engaging conversations around these issues. He is very cooperative and always looking to engage in healthy and productive debate.”

Beyond all this, Aziz was described by classmates as “the glue of his section” and “the mayor of HBS.” Another said that “he has been a critical part of our social and learning lives.” Although he lost elections for section president and Student Association president, Aziz remained fully committed to the HBS community. As one classmate observed, “It’s easy to be good when you’re winning, but it can be hard when you lose. He lost those elections, but did the same things he would have done if he had won. That says a lot about his leadership.” 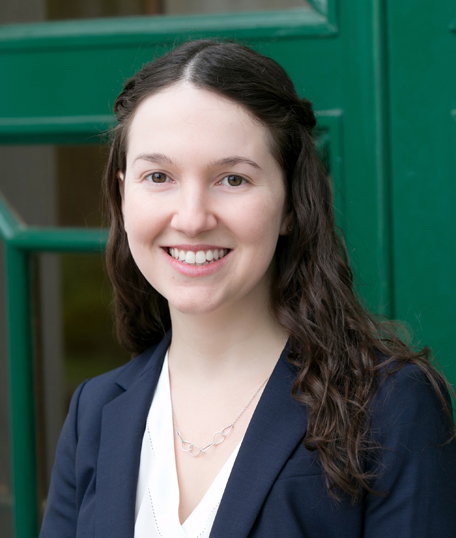 During her years at Harvard Business School, Sara Gentile was committed to increasing opportunities for students to gain exposure to the nonprofit sector. Her efforts led to an impact in this area in two ways—by increasing the scope of the Board Fellows & Social Enterprise Consulting Club (BFSEC), which offers consulting services to nonprofit organizations and provides HBS students with skills-based nonprofit volunteering experiences, including serving as nonvoting board members, and by helping to create the second-year elective course Nonprofit Clinic: Tackling Inequality.

During her tenure as co-president of BFSEC, Sara nearly doubled the number of nonprofit partner organizations working with the club (from 17 last year to 30 this year), to the extent that almost every student who submitted an application was matched with a partner organization. She also held partners to a high standard, making sure they met certain criteria such as presenting a significant project or dedicating time to meet with students. It was important, she insisted, that as the number of partnerships grew, the integrity of the partnerships remained strong and that the experiences of both students and nonprofit partners were of the highest quality.

Sara also spearheaded efforts to create student awareness of and interest in the BFSEC. To make certain that the growth of the club was sustainable and that institutional knowledge within the club was preserved, she created new leadership positions for first-year students. Although the organizational hierarchy of the club remained flat, the creation of these new positions helped to groom the following year’s leadership and ensure smoother leadership transitions from year to year. Lastly, she strengthened the club by increasing connections with the faculty and garnering additional support from HBS administrators.

Summarizing Sara’s work with the BFSEC, one member said that “she brought value to students, HBS, and the community. She provided students with an opportunity to develop professionally and to give back, and she positively influenced the surrounding community’s perceptions of the School.”

As for the new elective, although a team of six students worked together to create the course, one co-creator explained that it was really “Sara’s brainchild.” She met with faculty last spring to discuss ways that HBS could better serve students with an interest in nonprofit organizations, and those meetings and an ensuing student workgroup generated the idea for the course and its fundamental elements.

As part of this process, Sara also helped manage external relationships to involve HBS graduates in several class sessions and to learn more about the activities of alumni involved in Community Action Partners, a volunteer organization of Harvard Business School and Harvard Kennedy School alumni helping Boston-area nonprofits apply management skills to their business challenges. “In the next three to four years,” explained one student, “more and more HBS students will become interested in nonprofits, and lots of credit for that should go to Sara as well as the HBS Social Enterprise Initiative.”

Described by those who nominated her for the Dean’s Award as positive, kind, respectful, and friendly, as well as conscientious, diligent, and effective, Sara left her mark on many members of the HBS community. A classmate stated, “Sara is an amazing representative of HBS and our class.” A faculty member agreed, noting that “she is somebody who definitely embodies the values that we aspire to as an institution.” 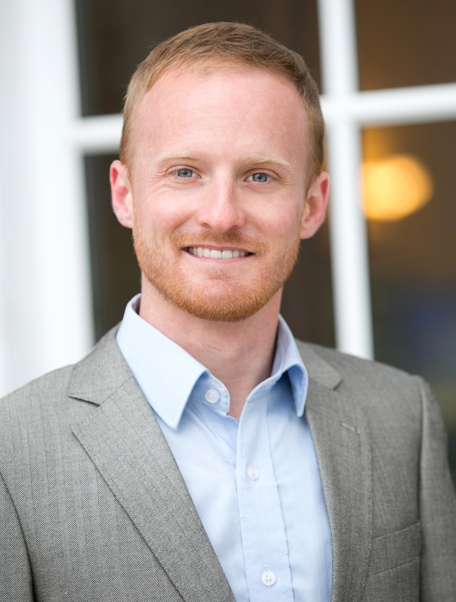 Needham Hurst, a joint student in the MPP/MBA program at Harvard Kennedy School and Harvard Business School, came to Harvard with a passion for urban housing. Before graduate school, he worked for the New York City Department of Housing Preservation and Development on a team focused on rehabilitating affordable housing projects. He continued to pursue this passion once he arrived at Harvard through his involvement with Y2Y Harvard Square, a homeless shelter offering 22 beds for 18- to 24-year-old homeless youth.

Currently Y2Y’s Data Director, Needham was one of the founding members of Y2Y, where he played a leading role in its early development. For instance, he helped secure the space for the shelter and led the first phase of the design process. A colleague there observed, “The staff coined the expression ‘Thank God for Needham’ in the early days of the project.”

As Data Director, Needham built systems to collect information that would help staff members work effectively with guests and measure the program’s impact. He developed a web app that served as the main digital platform staff used to run the shelter, manage shelter guest information, and track service delivery.

Needham was at the shelter more than 20 hours per week, interacting with guests and working with some 30 staff and 150 volunteers, mostly Harvard undergraduate and graduate students, to tackle administrative and operational duties. He managed evening shifts at the shelter throughout this past year and served on its policy committee, which governs the facility.

One admiring staff member said, “I look up to few people more than I look up to Needham. He is very dedicated and incredible in every way. We would all agree that there would be no shelter without him.” An HBS section mate concurred, stating, “Needham’s picture is not at the top of the shelter’s web page, but he is the operations lead and responsible for making things happen.”

Needham shared his experiences at Y2Y with other members of the HBS community. For example, he gave a presentation on Y2Y to his section and periodically provided updates and volunteer opportunities. A number of section mates volunteered at the shelter, and another group organized a fundraiser. Volunteer opportunities to serve at Y2Y were also offered through the HBS Volunteer Corps and the LGBT Student Association.

According to a section mate, “Y2Y was integrated with Needham’s life at HBS.” Another classmate explained, “Needham is an incredibly thoughtful and kind person. He cares deeply about others and is always willing to have an in-depth conversation, whether it is personal or policy related. His work with Y2Y Harvard Square has been inspiring.”

Needham made a positive impact on others throughout the Harvard community as well as on the way the University is perceived beyond the campus. One HBS faculty member summarized the reactions of many of his supporters, “Given Needham’s accomplishments and activities, he is easily one of the most likable and humble individuals I’ve had the privilege of knowing. He calls no attention himself but rather helps others focus on the social challenges that really matter as he enables productive action.”